Book: dilemma between justice and peacebuilding 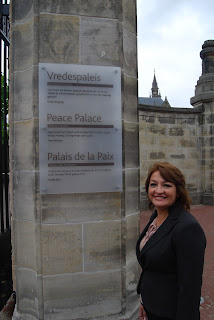 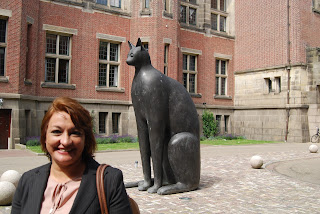 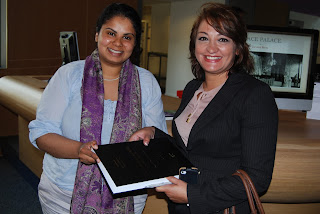 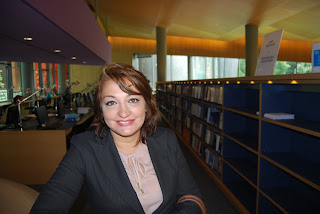 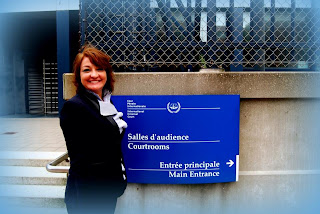 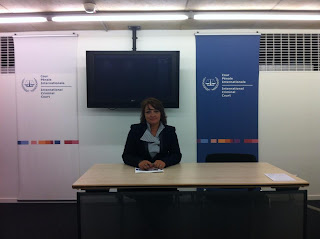 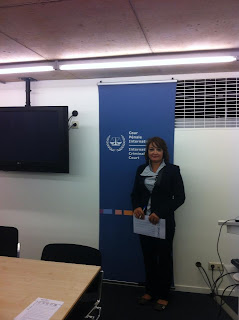 My book is in the Peace Palace Library , and ICC library at the Hague...
It is in Arabic, and the English version will be published at Fall 2013.

Summary of  the book:
The book is entitled: The dilemma in maintaining a balance between justice and peace-building: the international criminal tribunals as case studies.
In fact, what led me to choose this title, is the Special Tribunal for Lebanon and the tension it made in the Lebanese society. I wanted to get an objective vision and idea about the international tribunals and their impact on peace building in the societies they are supposed to serve.
The main objective of this book is to study the following thesis:
The UN Security Council Resolution no. 827, issued on May 25, 1993, spoke of the determination to create a special international tribunal to try and prosecute persons responsible for serious violations of international humanitarian law in the former Yugoslavia, stressing that its creation would bring justice that will contribute to the restoration and maintenance of peace ( resolution 827 \ 1993, Preamble, p 1).
So, the book stresses on the question that after twenty years the establishment of ICTY and the other international courts, do the practical cases prove the validity of this argument?.
The first two theoretical parts of the book discuss the development of the international humanitarian law, the new and challenging concept of R2p, the diverse mechanisms of transitional justice, the development of the international criminal law and the long historical journey of the foundation of the international courts from Nuremberg to the Hague.
As for the practical framework, it was necessary to identify the concept of peace-building, through measurable variables that were determined as follows:

Peace-building assumes:
First: stability, security and the mitigation of violence.
Second:  democracy and human rights.
Third: the coexistence and building trust among citizens and between them and the state.
Fourth: the rule of law.

The main findings of the study:
1- Were the international criminal tribunals able to achieve their goals in bringing peace to the societies?
Based on surveys, reports and interviews, we found out that, excluding the Cambodian case, the international criminal tribunals weren't able to contribute to peace building in the societies. In some cases, they hindered the peace talks, and in most cases they lacked the trust of the people.
2- For an answer to the basic dilemma, does criminal justice lead  to peace?
In this study, we found out that Criminal justice is not a definite path that leads to peace, or a prerequisite means that must be provided for a community to feel secure, stable and begins to pave its road to peace and reconciliation.
Conversely, the presence of peace - even in the negative sense - may allow the realization of justice and to bring the perpetrators to justice, compensate for the victims and reserve their rights and, of course, acknowledge their suffering.
3- The criminal justice mechanisms can contribute to the peace-building process only if accompanied by other political mechanisms, and thus any isolated mechanism alone cannot achieve long lasting peace.
4- The cases showed clearly that the best solution for a society is to let the political solution lead the mechanisms of justice not the contrary, and it should certainly be a population-based solution.
5- For the dilemma between amnesty and accountability, the study showed that trials alone or amnesty alone is not able to achieve peace. Both of them need to be accompanied by other mechanisms to achieve peace or at least, to achieve acceptable reconciliation in a society.

Recommendations:
To the international community
- The international community, should not impose its will on the people like  a "trustee, but  respect for the right of peoples to self-determination and their right to choose the best means to achieve peace in their country.
- the international community should develop non biased mechanisms of accountability, and disseminate awareness of justice within local communities. it is not enough that human rights NGOs glorify achieving justice, but  it should be clear for the people and the victims that justice is settled.
- It should be noted that a criminal justice is just a way to prosecute the perpetrators, and it should not imply to be a roadmap to building peace, promoting democracy and human rights and achieving reconciliation in a society as it is referred to by many international organizations and the UN secretary general.
- The cases show that the best international courts are the hybrid ones, but they should be settled in the country itself. In order to overcome this mistrust and other difficulties, the international community must place greater emphasis on strengthening the national justice systems of the countries where atrocities have occurred, through the foundation of extraordinary chambers or appointing international judges to help and monitor the trials at the national level.
To the International Criminal Court
1 -The surveys showed that the people of the countries where the atrocities took place, trust their corrupted courts more than the international ones, so it is necessary that the ICC develops its outreach strategy and makes more effort in networking with the people.
2 - The complexity of the judicial process and the length of the period of detention and trials, in addition to the "compromises" the court had to do to maintain states' cooperation etc.. all these issues have raised the skepticism about the International Justice, so the ICC - like ICTY and ICTR-  should set a completion strategy for each case. It should not be permissible to continue trials forever.
3 - the ICC should use the concept of "positive complementarity"  effectively, so it may - under its supervision- shift the cases to the national courts when the state becomes "capable" and "willing" to carry out its responsibilities for prosecution of perpetrators within the jurisdiction of the court.

Posted by Leila Nicolas at 7:20 PM