The Arab world: from autocracy to theocracy… no room for democracy 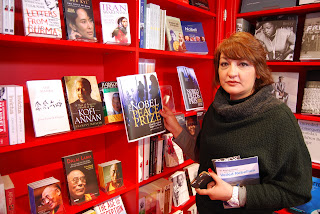 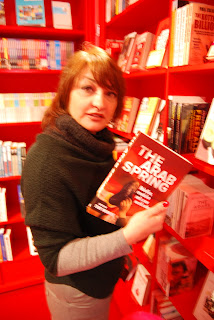 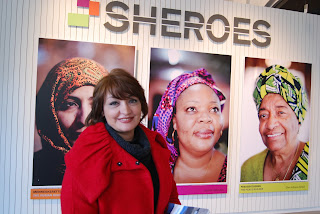 Introduction
The early and  moments of what was called “Arab spring”, which was thought to be a wave spreading democracy in the Arab world, turned rapidly to a gloomy winter for the Arab citizens as the Islamists are preparing to take the rule in these states.
For many western key players supporting Arab Islamists in power, the Arab world is oriented toward a Turkish model of democracy, ruled by what they call "Modern or Contemporary Islam".
Nevertheless, today's reality is totally different from the West-portrayed Islamist allies’ image, particularly in Tunisia and Egypt, who don't believe in democracy, pluralism, freedom of beliefs and religion, not to mention basic citizens' rights and freedoms.
In this lecture, I will discuss the dogma of the Islamists, who aim to reach power in the Arab countries, which proves that they don't believe in or promote Democracy.
Then, I will conclude by warning that the Arab region shifting from autocracy to theocracy might cause an unstable Arab region and neighboring European countries.

The Dialectic of Shura and Democracy

Many Muslim Scholars and thinkers wrote about Shura (Mutual Consultation) and Democracy. Accordingly, the following three trends were noticed:
The first trend tried to highlight the similarities between Shura in Islam and contemporary Democracy.
The second tried to compare Shura in Islam and contemporary Democracy, and concluded that Shura is, unlike contemporary Democracy, thorough and vast.
The third trend attacked and totally rejected contemporary Democracy, assuming that Combining Islam and democracy is impossible and Islam is not democratic.
From these religious schools of thought, numerous movements were established. However, the most eminent Islamic movements in the Arab World aiming at reaching power today are a mixture of the Muslim Brotherhood, Salafists and Wahhabists.
For them, democracy is:
1-       Muslim brotherhood:
Nowadays, Muslim brotherhood is considered as the most powerful Islamic group in the Arab World and the most popular in the Syrian opposition.
The movement came into existence after the collapse of the Ottoman Empire. It is well-known for its hatred for the West as it blames it for the collapse of the Islamic Empire. They believe that European countries are Imperialistic powers intending to inherit and annihilate the Islamic civilization by destroying Islamic societies, and trying to replace them by "foreign" models.

Al-Ikhwan al-Muslimun (The Muslim Brotherhood) was founded in Egypt in 1928 by Hasan al-Banna, who declared that achieving the return of the Caliphate was the duty of every Muslim.
Some researchers mentioned that Al Banna approved democracy, based on:
1.      his candidature for the Egyptian parliamentary elections twice;
2.      The lecture, "Islamic Democracy", he made in 1948 at the Muslim Youth Center.
3.      His assertion that the parliamentary system conforms, in principle, to the Islamic governing system....

Nevertheless, the speeches and publications of Al Banna- as I have observed- haven't reflected any approval of or support to the democratic system. For Democracy is not mere elections and a parliamentary system. it encompasses various criteria, to which Banna didn’t agree. The most important criteria are the following:
-         Al Banna rejects peoples’ sovereignty: He confirms in his letters which were published in a book entitled "the Governance System" that the ruler or the leader is responsible before God. This obviously denies the recognition of people as the source of the state power.
-         Although Al Banna approves the concept of elections, he specifies that the people have to select among the "people of knowledge". It means that Al Banna refuses the concept of equal citizens that have equal rights in a state.
-         AL Banna doesn't confirm the concept of citizenship:
a.                  Al Banna sees that Islam protects the non-Muslim minorities just as an act of charity to non-Muslims and not because it respects their citizenship rights.
b.                 Concerning the government or the executive power, Al Banna sees that the government should be truly Islamic, and its members are “good” Muslims, that abide by Islamic obligations and don't disobey God.
-         Al Banna sees that legislations should be based on Sharia and on the Quran.
-         Al Banna opposes pluralism. He thinks that political parties threaten the Islamic unity, so he called for the dissolution of all the parties: “all the parties should be merged in order to form a sole party”.
-         Al Banna doesn't believe in equality between men and women.  In his views, women -being different from men- should learn housekeeping, raising their children and some basic skills as reading, writing and calculation. They don't have to inquire into sciences.

Later, in the 1950's and 1960's, the Muslim Brotherhood’s disapproval of democracy was made clear by their leading member Sayyid Qutb (1906-1966). He firmly refused any adaptation between Islam and Democracy, opposed any reference to Islam as democratic, and called for a fair dictatorship ensuring the political freedoms of the virtuous only.
He asked: Democracy in the west has gone bankrupt. Why are we asked to introduce it to the East?
Today, many signs and facts indicate that Islamists haven't altered their views regarding democracy. We can refer to the Muslim Brotherhood position, in the wake of the revolutions, which reveals that Democracy is just a "bus" they ride, in order to reach power. Having reached power, they abandon it believing it is profane and thus peoples’ sovereignty shouldn't be acknowledged.
We draw attention to the article published in Washington post that pointed to the "double talk" asking those who say the Muslim Brotherhood is showing new signs of moderation should compare its message to outsiders, in English, with its message to Egyptians and other Arabs, in Arabic.
Take the Brotherhood’s official English and Arabic Web sites, IkhwanWeb and IkhwanOnline, from one day this month. In English, the home page featured no fewer than eight articles on the solicitude of the Brotherhood toward Egypt’s Coptic Christian minority. The Arabic home page, by contrast, included just two small pieces on this theme. The contrast is sharper on other key issues. On democracy, the English home page one January day featured several articles with headlines such as “Why Islamists Are Better Democrats” and “Democracy: One of the Objectives of Shariah?” There was nothing comparable in Arabic. Instead, Arabic readers saw three pieces against freedom of the press, attacking two top independent Egyptian dailies for printing criticisms of the Brotherhood.

Therefore, it seems that democracy is not the main concern of the ruling Islamists, who gained power at the expense of young rebels demonstrating the values of freedom, democracy and human rights.

2-  Wahhabism
Funded by Kingdom of Saudi Arabia and Petroleum Gulf Countries, wahhabism is the most powerful Islamic movement, financially.
It gained power and extent with the Gulf countries oil revolution occurring in the seventies of the 20th century. Those countries spent billions on spreading the radical Wahhabi dogma in the Arab countries and worldwide through the Koranic schools and through various means.
This movement doesn't believe in any participatory process not even democracy. It is based on monopoly and the abolition of the others. It uses violence, in the name of Jihad for the cause of Almighty God, against any opposition even within its own sect. Its ultimate objective is to establish an Islamic Caliphate and apply "God's Governance".
This movement is dangerous as it doesn't accept others and considers them disbelievers.
It is trying to gradually gain control over Egypt, which will turn into a replica of the Saudi model. It calls for burning and destroying the churches and calls the Christians infidels. Consequently, extremist attacks against infidel Christians were made following the controversial statement made by a Saudi Sheikh who announced that it is “necessary to destroy all the churches of the Middle East and the Arabian Peninsula."
The Wahhabi movement is trying to gain control in Syria and is most probably responsible for the terrorist attacks. As a result, the Kingdom of Saudi Arabia openly stated that it would arm the Syrian opposition: the Allied Wahhabi movement conquering Syria enables the KSA to return to and control Lebanon, to increase its power in Iraq and threaten the ruling authority, after its supporters had terrified Christians in Iraq and obliged them to flee their homeland.
As the Wahhabi movement is not popular in Syria, it relies on its Lebanese allies in order to sneak to Syria tampering with its stability.
since Wahhabism lacks a popular base in Syria, it is not concerned with any political solution and doesn't support the plan of Kofi Annan. It will fight and support killing by virtue of "Fatwa" (A legal opinion or ruling issued by an Islamic scholar), money and arms. It will also undermine the security and stability in Syria until its cells are military eradicated. In the end, none would be willing to carry arms and blast oneself for the sake of the movement.

3- Salafi Movement
This movement competes with the other movements on the Arab scene. They even co-share the powers.
Concerning democracy, some Salafist Sheikhs consider democracy as the "disbelievers' religion and a pagan dogma". On the intellectual level, it is considered as a full acceptance of apostate literature and pornography, in which rebels, disbelievers, women and fighters against God, have the right to rule. It will certainly lead to the spread of pornography and homosexuality. Lately, the Salafists incited women in Mauritania to demonstrate against secularism and Democracy.
The following points reflect its opposition to the democratic system, built on some Sharia texts:

Conclusion
The interests of the three movements, specially the Muslim Brotherhood and the Wahhabists, in the Arab world, particularly in Syria, are currently overlapping. Their main objective is to reach power through overthrowing the former rulers, including Bachar el Assad, and to control the region.
If Assad's regime is deposed in Syria, they would be able to control the region and Lebanon, the little fragile and politically unstable country.
They would‎ start neither a democratic nor a civil governance. Instead they would abolish others. Moreover, they wouldn't acknowledge the rights of minorities; they would expel them and sweep any opposition. "Muslim Brotherhood" and Wahhabist have some common interests as well as some divergences related to politics and their source of support. As a result, they would try to abolish each other by atrocious and terrorist means.
In conclusion, Arab countries won't witness any democracy once these movements reach power. They will shift from autocracy to theocracy leading to further ignorance, fanaticism and disbelief. Fatwas promoting violence against non-Muslims will increase and subsequently chaos and instability will prevail.
As a result, immigration to Europe and instability will increase leading to additional sectarian and religious drive, affecting the Muslims in Europe. The sectarian conflict might lead the war to spill to Europe, a war that most probably will expand and reach the whole world.
Thank you.
Posted by Leila Nicolas at 4:23 PM 1 comment:

The Battle in the Middle East: Structuring a new International order

I discuss the changes in international system in this paper, focusing on the Middle Eastern trends leading to a new structure for the new world order, which will lead to marginalization of EU.  Finally, I conclude with some recommendations and observations.
* this paper will be a part of my new book that will be published next fall. 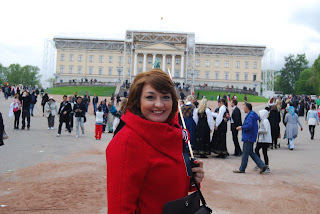 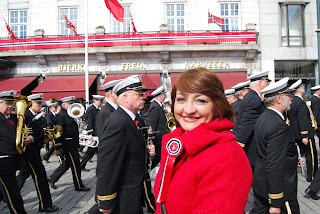 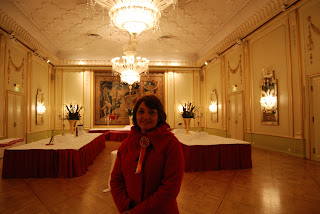 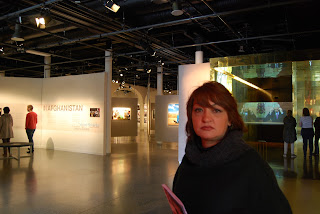 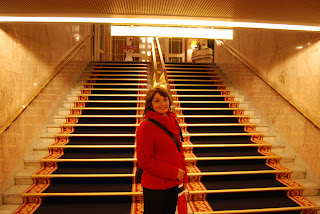 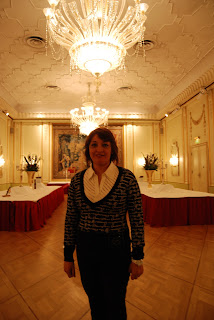 Posted by Leila Nicolas at 4:11 PM No comments:

Minorities in the Arab world after the uprisings: citizenship or exile?

Faculty member at LIU University
Researcher in International affairs
Activist in the field of rule of law, peacebuilding, and dialogue
Beirut- Lebanon
leilanicolasr@gmail.com

Presented at “the outcome of the Arab Spring” conference
Athens – Greece, 2-4 Feb. 2012